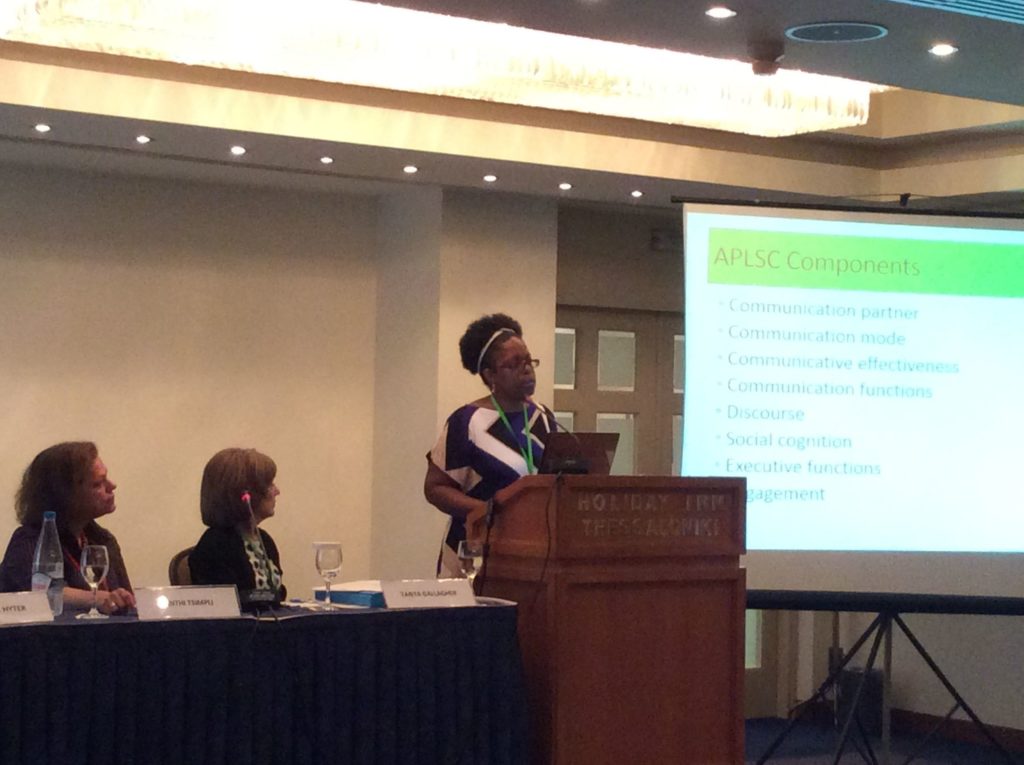 Dr. DeJarnette presented a poster entitled, “African American Speech Acts in Young Children: Etic Findings” at the Child Language Conference of the International Association of Logopedics and Phoniatrics in Thessaloniki, Greece. From a database of 95 subjects DeJarnette identified that young African American English (AAE) speakers displayed speech acts known to exist for young speakers of General American English (GAE), however young AAE speakers differed from their GAE peers in the pattern of use.  These findings suggest that while “etic” methods (GAE speech acts are applied to examine AAE pragmatic behaviors) are useful in identifying the speech acts shared between young AAE and GAE. However, the etic method is not able to explain the reason for pattern of use differences found in the study and thus “emic” methodology is warranted.

Dr. Hyter and colleague Dr. Ioannis Vogindroukas presented preliminary results of the Assessment of Pragmatic Language and Social Communication (APLSC – Greek) in Thessaloniki. With a sample of 50 typically developing children, and 25 children diagnosed with Autism, we found that the APLSC-Greek was able to significantly differentiate these two groups on all assessment items with the exception two items in the executive functions domain. Additional data were gathered since June 2016, and the updated results were presented at the XI Autism-Europe International Congress in Edinburgh, UK.